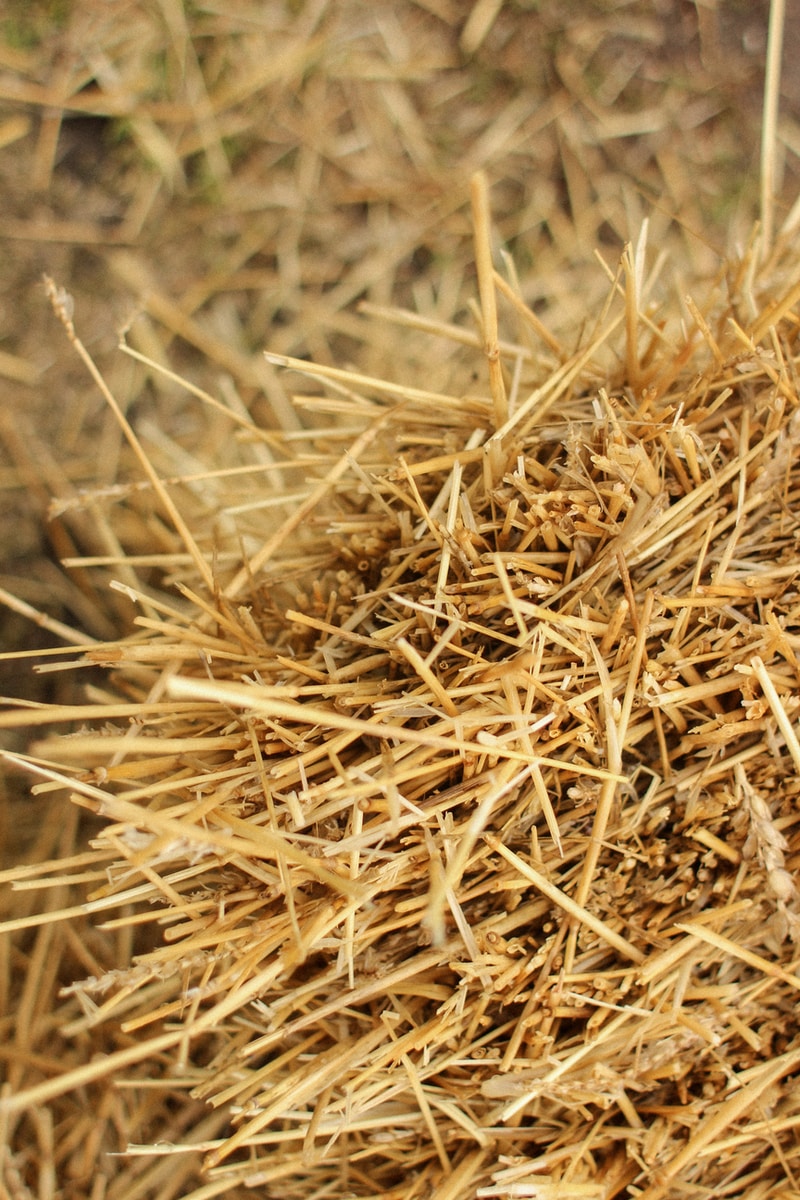 Since I keep emphasizing the importance of forage in the equine diet I thought it was time to post a little something about it.  I want to apologize for the length of this piece and I considered breaking it up into a couple of different posts but everything is interconnected.

Before I entered the wonderful (??) world of horses I never gave much thought to hay.  Even after I started caring for horses I had no idea what making hay involved.  Cutting, drying and baling quality horse hay is more art than science and is limited by many variables like weather, timing, maintenance and equipment failures to name but a few.

This piece will be far from comprehensive because I have spent more than one hundred hours of class and field time learning the subject and I still haven’t learned everything there is to know.  The hope is to provide you with a broad overview of hay forage for horses in general terms.

All hay shares one common quality, the nutrient level is determined by different variables.  Maturity, drought, wet, temperature and time of day the stalks are cut will all contribute to the nutrient levels in hay.

Grass hay is made from grass and is characterized by a long continuous leaf from root to seed head.  There are numerous varieties of grass hay depending on the region of the country it’s grown.

Cool season grasses are typically higher in NSC and the level of NSC is highly variable.

Some common examples of cool season grass hay are orchard, timothy and fescue.

Some common examples of warm season grass hay are bermuda, coastal and brome.

Protein is high and the calcium to phosphorus ratio is unbalanced.  Legume hay is generally 30% to 50% higher in calories than most grass hay so while low NSC is great for you IR horses many of those horses are obese so additional calories are not going to be helpful.

Legume hay is more difficult to make than grass hay.  The moisture limitations are much more narrow than those of grass hay.  Legumes, unlike grass, have a central stalk with leaves, like miniature trees.  If legume hay is too dry these leaves will not survive the baling, transportation and feeding process.  On the other hand if the hay is made too wet then mold becomes a problem.

The most common legume hay is alfalfa.  Clover and peanut hay are other examples.

Hay is made from plant matter and many variables affect the quality and quantity of all plants.

Water, soil quality, fertilizer, weed control, temperature will all play a role in the nutrient levels of your hay.

Sugar and starch are one of the biggest variables in hay because in addition to all those other variables sugar and starch can vary greatly depending on what time of day the grass was mowed!

In general, the more mature the hay is the lower the nutrient and sugar levels.  The reason behind this is that everything in nature that reproduces gives all of its resources to its babies and grass is no different.

When grass is young before the seed heads appear the stalks are full of sugar and nutrients meant for creating healthy seeds, grass babies.  Once the seeds are formed most of the nutrients have been used up.  That’s why grass turns brown and icky in the fall.

Look at your hay.  If you are looking at soft, broad leaf stalks with no or very small seed heads the hay is young and full of nutrition.  It’s also full of NSC so…

If your hay is stemmy and has five inch long seed heads it’s probably not very nutritious but will be low in NSC.

You may hear people refer to hay as “first” or “second” cutting.  The definition is obvious: first cutting refers to the first time the hay was mowed while second cutting is the second time that field was mowed.  But what does it mean to our horses?

Maturity at time of cutting is what determines nutrient content in hay so technically WHICH cutting isn’t as important as WHEN it was cut in the plant’s life cycle.

In general, first cutting hay will be lower in nutrients because first cutting hay will provide the greatest yield for the hay farmer to harvest and sell.  For this reason most hay farmers will wait until the hay is very tall and so very mature before mowing.  Sometimes the weather doesn’t want to cooperate by providing three low humidity sunny days in a row until late in the season.

Available time is also a factor in first cutting hay.  A hay producer is only able to mow, tet and bale so much hay each day so you may frequently see two or three weeks difference in the maturity of first cutting hay from the same farmer.

Some hay farmers will cut an early crop for horse owners who are looking for more nutrient dense hay and are willing to pay a premium for it.

Subsequent cuttings of hay will never reach maturity and so will usually be more nutrient dense than first cutting.

So what’s the “best” cutting?  It depends on what your goal is.  Second cutting hay will generally provide more nutrition and palatability but you will have to deal with higher NSC.  If higher NSC isn’t a concern then second cutting is a great way to go.

On the other hand, if like me, you are dealing with metabolic horses the more mature your hay the better.  I feed hay that most goats will avoid.

To Test or Not to Test, That is the Question

In order to avoid a war similar to blanketing let me begin by saying that if you want to have your hay tested then by all means have it tested.  This is my opinion on testing and the reasons why I formed that opinion but there is no right or wrong.

I do not test my hay nor do I recommend testing hay when my customers ask.  Here’s why.

Most small horse keepers buy hay in small quantities sometimes as low as ten bales at a time.  Testing typically takes a week from putting the sample in the mail until the results are available.  By the time the results are in you are ready for a new load of hay.

For those of us who have the space to store a few months worth of hay the testing can be redundant because you have a loft full of hay so it’s a little late to learn what it is you have unless you re on a program that will adjust for variations in the nutrient values of your forage.

Because of dealing with metabolic horses of my own I prefer to rely on hay for a source of high quality fiber and calories while relying on ration balancer or feed for delivering controlled nutrients and NSC.

You can’t tell everything about hay for certain without testing it but you can make some pretty fair common assumptions based on characteristics.  Choose hay just like any produce you select at the farmers market.  If it looks, feels and smells nasty it probably is.

All hay should be clean and free of weeds.

If you find the occasional leafy weed in a bale it’s not the end of the world so don’t give your hay guy grief about it.  However, if you find batches of milkweed, thistle or nettles in your hay I would demand it be replaced.

Hay shouldn’t be dusty.  Excessive dust means mold and mold means problems.  There is a difference between mold dust and dust from hay that is overly dry but either will cause respiratory issues.  I know moldy hay because it gives me a blinding headache and sneezing fits.

Texture is a Clue

Hay that is soft, green and has few or no seed heads was mowed young and is probably nutrient dense.  It’s also probably high in NSC so for those with metabolic horses it is probably a good idea to avoid it.

If the hay is more coarse with large seed heads it is mature and so lower in nutrients but also lower in NSC.  After seeing dozens if not hundreds of hay analyses I’m comfortable in saying that most of this type of grass hay will be below 12% NSC and often as low as 6%.

Avoid hay that is too coarse.  There’s a difference between stemmy and straw, if the hay is too coarse you run a risk for colic.

The problem with small bales is for the hay producer.  Small bales are labor intensive and require a lot of hands touching the bales many times.  Labor is getting harder to come by and more costly.

Big square bales are around 3’ X 3’ X 7’ and are a good compromise between a small bale and a large round bale.  “Big squares” as they are often referred to, can be fed like small bales as they will peel apart in “flakes”.  Big squares are also much less expensive to purchase because there is very little labor in moving big square bales.  One guy or gal on skid loader can move lots and lots of these bales.

The downside of big square bales is handling them when they get to your barn.  If you haven’t a tractor large enough to move them it can be a real problem.

Large round bales are the most economical but come with their own set of limitations.

These bales absolutely require large equipment to move them around your farm.

You can’t easily break down large round bales for convenient portioning.

Unless you have enough horses in a field to consume a large round bale in a few days there will be a great deal of waste.

There is much to know about hay and since hay is probably the most regional of all things you’ll feed your horse your local ag extension is a great place to start.

Your articles are always illuminating, and much appreciated! 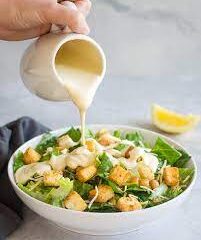 We put dressing on a salad to make it taste better because raw leaf vegetables aren’t terribly palatable to many people. Some of us use so much dressing that we’ve defeated the purpose of eating Read more… 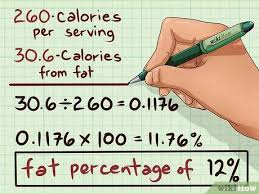 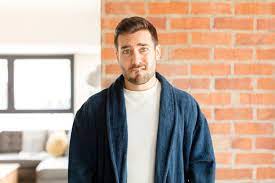 Dealing With a Feed Rep

In my last article I touched on potentially false statements offered by commercial feed reps to persuade you to use their feed.  In this article I’d like to take it to the next level by Read more…