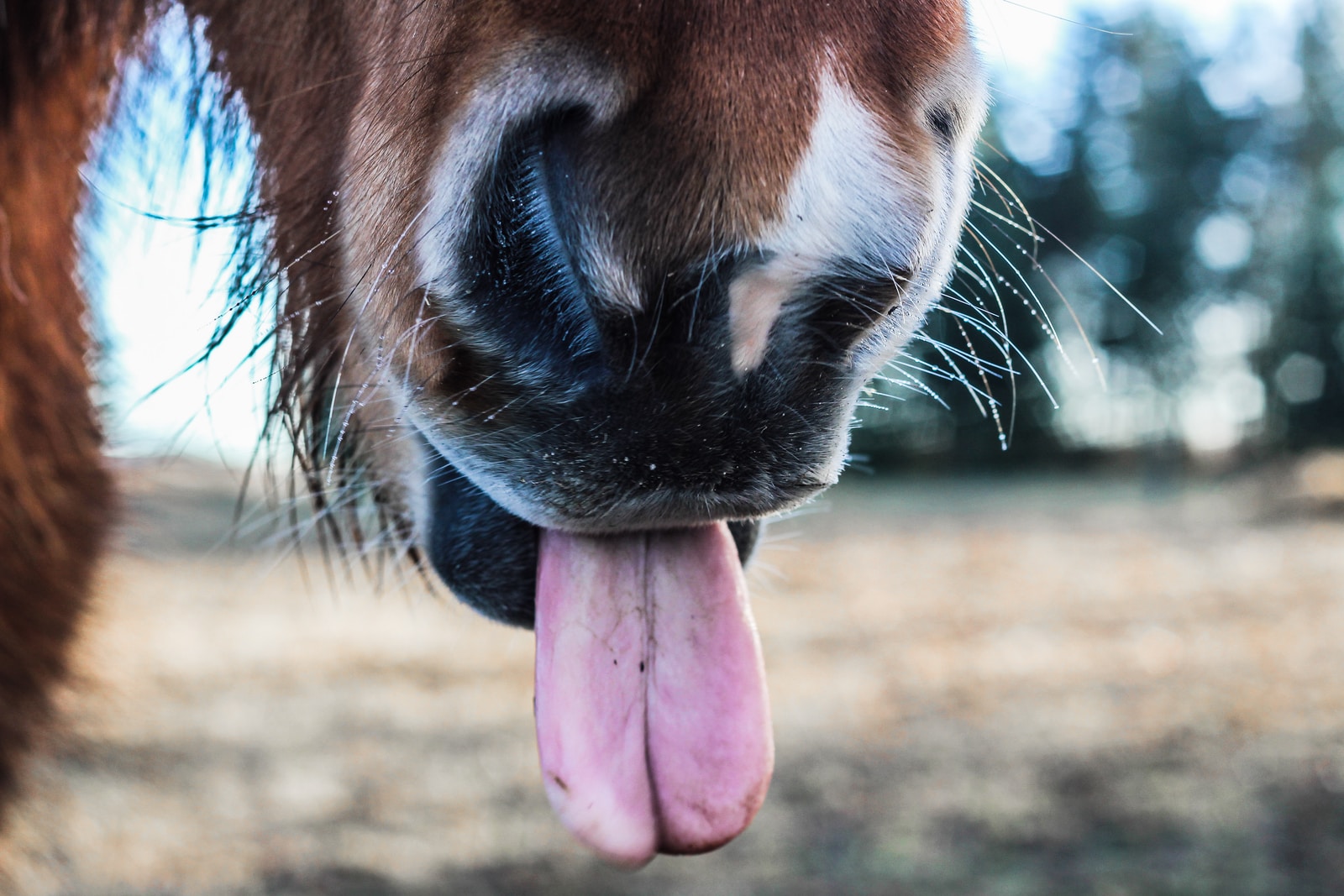 When doing a feed review I always use an objective position. Finding some redeeming value to a feed that may not be as strong as some others yet offers some value based on price. I have found that I am unable to offer any level of redemption for the Advantage Edge line of equine feeds and supplements. To be blunt, if you are feeding these products to your horses you should switch them immediately because no matter how much money you believe you are saving by using this feed it isn’t enough.

I could end the review here being confident that I have said all that there is to say but I will provide the reasons for presenting this rather harsh opinion.

The Best Misleading Marketing in the Industry

It’s not the fact that the products offered by this company are not that great that troubles me because there are economy feeds that are probably worse. What really bothers me is that Advantage Edge uses some very slick marketing to convince people that it is much more than it really is. The unfortunate thing is that they do it with complete transparency for anyone who has the most fundamental knowledge of US feed regulations, limited as they are for our equine friends.

It begins with the header on the landing page of their website.

While it’s true that, according to the list of ingredients on the feed tag anyway, the feed does contain vitamins, minerals, vitamin e and probiotics the quantities raise questions if we refer to their guaranteed analyses for the various feeds. So they aren’t exactly lying but the devil is in the details as we will soon see.

The Company Does Not Produce It’s Own Feed

This is not uncommon in the industry, some good feeds are produced under contract by other companies. Triple Crown is made to their specifications by Purina and Blue Seal. Purina and Blue Seal produce high quality horse feeds in secure equine mills.

Advantage Edge is produced by Mark Hershey Farms in Lebanon PA. This company is a large regional mill that sells bulk commodities and a wide range of livestock feeds all in the same building on the same lines. So if you are at all concerned about cross contamination of your horse feed I’d take this company off your list of acceptable feeds.

Go to the website where you’ll find that one of their leading feeds is an “all stock” designed to feed everything including horses…just not MY horses.

If you click the button for “Analysis” on any of their products you will immediately note that there are not very many nutrients listed. This is quite unusual since most value feeds will put everything but the kitchen sink on the feed tag to dress up their guaranteed analysis. We all should know that the feed tag is a legal regulatory document that holds a feed company accountable for the nutrient and inclusion rate expressed on the tag. When a state ag department lab tests a sample if it varies from what is printed on the tag the company is liable for penalties and feed recalls.

If a nutrient isn’t expressed on a feed tag the company isn’t liable for it’s inclusion rate. Keep this in mind because almost NONE of the fancy ingredients their marketing tells us makes their feed so special aren’t expressed in the guaranteed analysis of their feeds. Why is that? My guess would be that the ingredient isn’t included in significant quantities, certainly not enough to make a difference.

We should all know that Lysine is key to equine nutrition because it is the first limiting amino acid for horses. Without sufficient Lysine in a horse’s diet none of the protein in the diet is processed. Lysine is so important that AAFCO has demanded that Lysine is the second nutrient expressed on a feed tag’s guaranteed analysis right after protein.

High quality premium feeds list Lysine at anywhere from 0.8% to 1.1%. Many value feeds will list Lysine at 0.5% or thereabouts. This means that if the feed is tested this very important nutrient will be checked by the lab.

High quality Lysine is expensive which is why there is a correlation between lysine content and the price of a bag of feed.

Advantage Edge feeds don’t list Lysine on any of their guaranteed analyses. None.

Further, the second place to check for Lysine is in the list of ingredients where it should be listed as “L-Lysine”. Even many economy feeds that don’t list Lysine on their guaranteed analysis have L-Lysine in their list of ingredients. It’s in there but the company will not guaranteed the inclusion rate.

There’s no L-Lysine in the list of ingredients for Advantage Edge.

As a consumer I can only assume that there is no supplemental Lysine in these feeds.

One of the features touted by the website as well as their sales reps is the inclusion of their “amazing probiotics that can burn their way through stomach acid and get to the hindgut”.

Let’s for a moment forget the fact that they offer no clinical evidence that this is true but let’s assume so for the purpose of making this point.

How much is in the feed? A pound? A tablespoon? A pinch?

While this amazing and unique (brewers yeast) probiotic is indeed shown on the list of ingredients the inclusion rate is not expressed on the guaranteed analysis. AFFCO stipulates that probiotics must be expressed in quantity of live Colony Forming Units (CFU) on the feed tag. Don’t believe me? Look at the bottom of a tag on ProForce Fuel or Triple Crown Senior.

This is a bullet point feature on every one of their feeds but once again the inclusion rate is nowhere to be found on the feed tag, or the website or the bag or their literature.

The list of ingredients shows flax seed and rice bran but how much?

A couple of other things that I noticed:

The selenium level is higher than allowed by the FDA. Selenium for a concentrated feed is not to exceed 0.6 PPM. Advantage Edge must be very proud of their selenium levels because it is one of the few minerals expressed on their feed tags and every one that I checked significantly exceeded 0.6 PPM.

The Vitamin E level that they list as a feature of their feeds is lacking and quite low when compared to other feeds. It is also supplied by a synthetic vitamin E so is even less bioavailable.

It is impossible to determine proper mineral balance ratios because most minerals are not included on the guaranteed analysis.

Although I am not fond of any economy feeds I can at least respect and economy feed presenting itself in all it is lacking by being transparent with advertising and an accurate guaranteed analysis.

In the case of Advantage Edge Equine the feeds are presented in a shiny wrapper of marketing claims with absolutely no effort to even pretend to support those claims.

I first encountered this feed two years ago when I faced off against their local rep who was proclaiming that this feed was far superior to Purina at a much lower cost. You see “Purina puts all their money into marketing while sweeping junk into their feed bags.”

I eventually had to demur because the rep is actually a very lovely, well liked woman and I was beginning to look like the proverbial club wielding hunter facing a baby seal.

Once again, when someone is offering $20 feed that is “as good as or better than” a $30 feed you should run away. 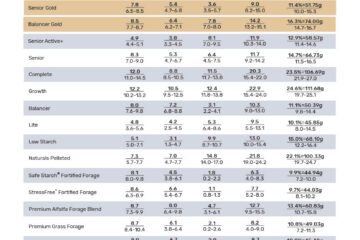 “Here goes Jim picking on Triple Crown again!” Keep reading because I think I just figured out how to define my attitude towards feed and supplement companies. I’m not really “anti” any feed or supplement Read more…

“The feed decision you make dramatically affects your horse’s quality of life, health, and how long they remain active and useful. First and foremost, horses are grass eaters, not grain eaters, or fat eaters, or Read more… 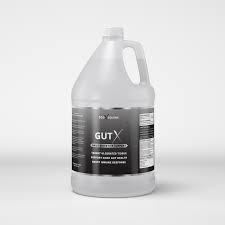 When you drop onto this company’s landing page the first thing you are hit with is a huge banner announcing their great sale price. The next line is “The Gastric Support Supplement that Prevents & Read more…